What is a pterygium?
A pterygium also called ‘surfers eye’ is a wedge-shaped fibrovascular growth of the conjunctiva or the mucus membrane which covers the white part of the eye and extends to the cornea. Pterygia are benign lesions that can be found on either side of the cornea. A pterygium doesn’t normally cause problems nor require any treatment but may be removed due to it interfering with your vision.

It is thought that prolonged exposure to ultraviolet light like the sun, dry eyes and irritants such as the dust and wind may contribute to the formation of pterygia. Pterygia are more often seen in people from tropical climates but can be found in others as well.

What are the symptoms related to pterygium?
Pterygia are often asymptomatic, and many do not require immediate treatment. However, some pterygia become red and inflamed from time to time. Large or thick pterygia may bother some people due to a persistent foreign body sensation in the eye. At times the pterygium symptoms are not experienced, but if they are experienced, they may include:

Dr Beatty may recommend that you undergo surgery to remove the pterygium when the eye drops don’t provide any relief. This may also be the case if the pterygium results in vision loss or astigmatism, which results in blurry vision.

No-stitch Pterygium/Autograft Surgery:
During an autograft surgery, the abnormal tissue is removed, and the defect that remains is closed with tissue from underneath the eyelid. This is then glued in place with a modern tissue adhesive called tisseel. After about a week the adhesive dissolves with no residue at all. Advantages of this technique are:

What to expect after pterygium surgery?
After the pterygium surgery, the ophthalmologist will place an eye patch or pad over your eye for comfort and prevention of infections. Avoid rubbing your eyes to avoid dislodging the attached tissue. Your eye may take a couple of weeks to a couple of months for your eye to heal completely. 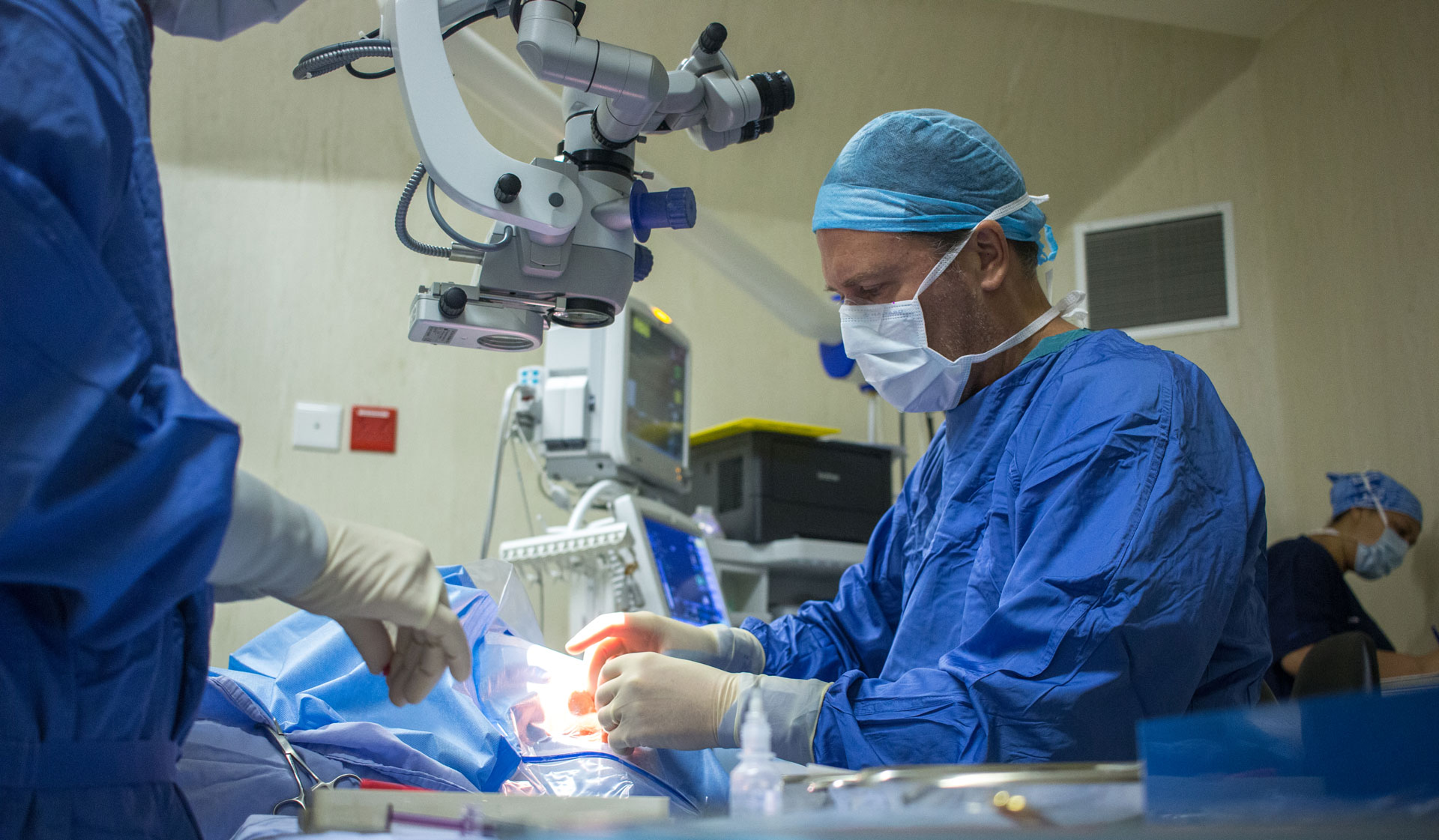